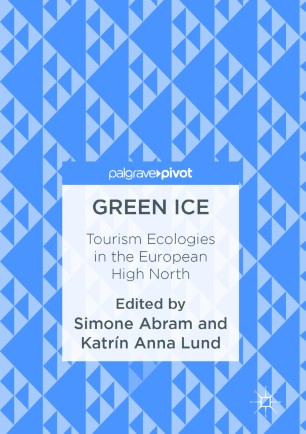 This book presents lively case studies of tourism developments in the European High North from diverse perspectives. It compares views of the changing political ecology of a fragile region shaped by climatic and cultural factors. In exploring the mutual relations between new developments in Arctic travel narratives and tourism practices. Green Ice: Tourism Ecologies in the European High North pays particular attention to the changing discourses that produce, and are in turn produced by, encounters between contemporary Arctic peoples and territories. Questions of gender and nationality are considered alongside a comparison of texts and practices in different languages, examining the politics of language and its significant role in tourism. This title pays attention to the changing symbolic value of Arctic discourses in environmental movements, in order to consider the close connections between global forms of environmentalist discourse and action and local cultural responses. An engaging and timely work, this book will be of great interest to scholars of Geography, Anthropology, and Arctic Tourism.
Simone Abram is Reader at the International Centre for Research in Events, Tourism and Hospitality, and is also Reader in the Department of Anthropology at Durham University.
Katrín Anna Lund is Professor of Anthropology in the department of Geography and Tourism at the University of Iceland. She has published on topics such as landscape, tourism, walking, the senses and narratives in Spain, Scotland and Iceland.