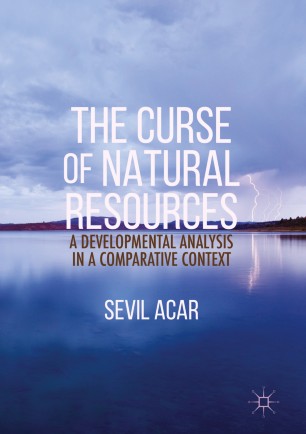 The Curse of Natural Resources

A Developmental Analysis in a Comparative Context

This book examines the paradox that resource-rich countries often struggle to manage their resources in a way that will help their economies thrive. It looks at how a country's political regime and quality of governance can determine the degree to which it benefits - or suffers - from having natural resources, shifting away from the traditional focus on economic growth data to study the complex implications of these resources for human well-being and sustainable development. To this end, Acar examines a panel of countries in terms of the effects of their natural resources on human development and genuine saving, which is a sustainability indicator that takes into account the welfare of future generations by incorporating the changes in different kinds of capital. Acar finds that the exportation of agricultural raw materials is associated with significant deterioration in human development, while extractive resource exports, such as energy and minerals, have negative implications for genuine savings. Next, the book compares the development path of Norway before and after discovering oil, contrasting it with Sweden's development. The two countries, which followed almost identical paths until the 1970s, diverged significantly in terms of per capita income after Norway found oil.