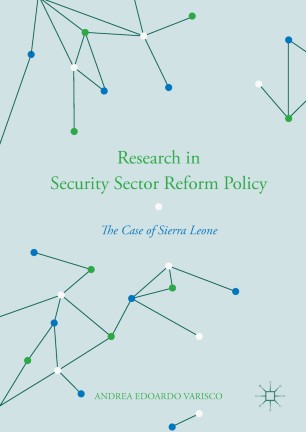 The Case of Sierra Leone

This book investigates the extent to which research has influenced and interacted with SSR policies, programmes and activities implemented by the UK in conflict-affected Sierra Leone. Varisco uses concepts and notions from the literature on the policy process and research utilisation to explore the ways in which research has influenced UK-led SSR policy. Here, the author analyses the evolution of the network of policy-makers, street-level bureaucrats, and researchers working on SSR in Sierra Leone, and argues that two main variables – an increased stability in the country and a progressive evolution of SSR in policy and research – contributed to the expansion of the policy network over time and to a better use of research by street-level bureaucrats on the ground. This title derives from the Sierra Leone case study a series of recommendations to improve the use of research by international organisations and bilateral donors working in fragile states