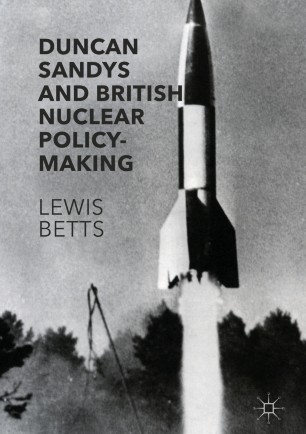 This book offers new perspectives on British nuclear policy-making at the height of the Cold War, arguing that the decisions taken by the British government during the 1950s and 1960s in pursuit of its nuclear ambitions cannot be properly understood without close reference to Duncan Sandys, and in particular the policy preferences that emerged from his experiences of the Second World War and his efforts leading Britain's campaign against the V-1 and V-2. Immersing himself in this campaign against unmanned weaponry, Sandys came to see ballistic missiles as the only guarantor of nuclear credibility in the post-war world, placing them at the centre of his strategic thinking and developing a sincerely-held and logically-consistent belief system which he carried with him through a succession of ministerial roles, allowing him to exert a previously undocumented level of influence on the nature of Britain's nuclear capabilities and its approach to the Cold War.  This book shows the profound influence Sandys' personal belief system had on Britain's attempts to acquire a credible nuclear deterrent.