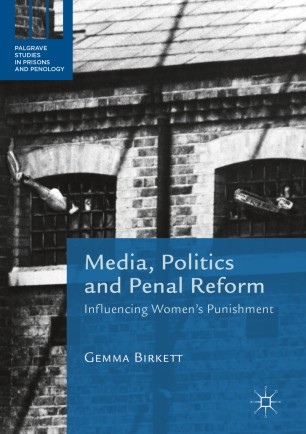 This book examines the nature of relations between penal reform campaigners, journalists and policymakers at the crime-media nexus. With a particular focus on women’s penal policy, Birkett uncovers how reform strategies have augmented and developed under changing governments and the news media spotlight. While penal reformers have traditionally relied on the language of humanitarianism to influence the direction of policy, there remains an array of political and cultural sticking points. With a policy-focused orientation, this study provides a number of pragmatic and practical tips for those wishing to think more strategically about their ability to influence politicians, the media and the public. With unprecedented access to over thirty policy elites working around Westminster and Whitehall during the development of the Corston agenda (and beyond), this engaging and timely work exposes the triumphs and tribulations of such actors for the very first time.