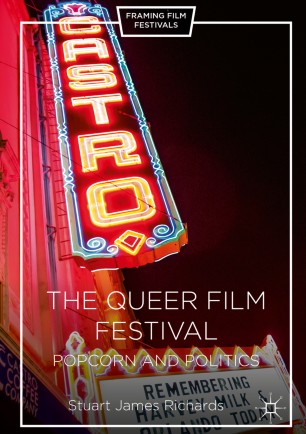 This book examines the queer film festival and opens the discussion on social enterprises and sustainable lesbian, gay, bisexual, transgender and intersex (LGBTI) organisations. With over 220 events worldwide and some of the bigger budgets exceeding $1 million, the queer film festival has grown to become a staple event in all cosmopolitan cities’ arts calendars. While activism was instrumental in establishing these festivals, the pink dollar has been a deciding factor in its financial sustainability. Pretty gay boys with chiselled abs are a staple feature, rather than underground experimental faire. Community arts events, such as these, are now a creative industry. While clearly having a social purpose, they must also concern themselves with the bottom line. For all the contradictory elements of its organisational growth, this conflict makes the queer film festival an integral site for analysis. This book takes a multidisciplinary approach in examining the queer film festival as a representative snapshot of the current state of queer cinema and community based film festivals. The book looks at queer film festivals in San Francisco, Hong Kong and Melbourne to argue for the importance of these institutions remaining as community events.