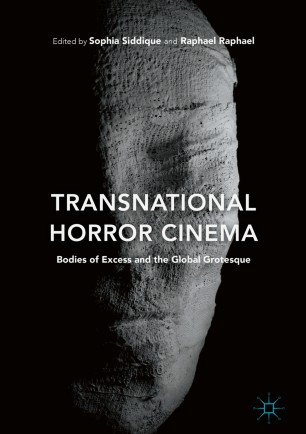 Bodies of Excess and the Global Grotesque

This book broadens the frameworks by which horror is generally addressed. Rather than being constrained by psychoanalytical models of repression and castration, the volume embraces M.M. Bakhtin’s theory of the grotesque body. For Bakhtin, the grotesque body is always a political body, one that exceeds the boundaries and borders that seek to contain it, to make it behave and conform. This vital theoretical intervention allowsTransnational Horror Cinema to widen its scope to the social and cultural work of these global bodies of excess and the economy of their grotesque exchanges. With this in mind, the authors consider these bodies’ potentials to explore and perhaps to explode rigid cultural scripts of embodiment, including gender, race, and ability.

Sophia Siddique is Associate Professor in the Department of Film at Vassar College, USA. Her research interests include Singapore cultural studies; representations of trauma and memory in Cambodian, Indonesian and Thai cinema; and the impact of new media on Southeast Asia’s moving image culture. Sophia teaches film history, contemporary Southeast Asian Cinemas and genres (horror and science fiction).
Raphael Raphael lectures at the Center for Disability Studies at the University of Hawaii at Manoa, where he is also Associate Editor of The Review of Disability Studies. He is co-editor of Transnational Stardom: International Celebrity in Film and Culture (2013). His film and media scholarship is also informed by his practice as digital artist.