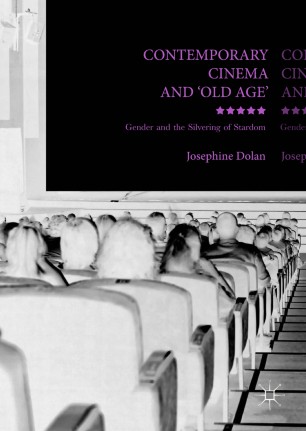 Gender and the Silvering of Stardom

This book is the first to explore ‘old age’ in cinema at the intersection of gender, ageing, celebrity and genre studies. It takes its cue from the dual meanings of ‘silvering’ – economics and ageing – and explores shifting formulations of ‘old age’ and gender in contemporary cinema. Broad in its scope, the book establishes the importance of silver audiences to the survival of cinema exhibition while also forging connections between the pleasures of ‘old age’ films, consumer culture, the ‘economy of celebrity’ and the gendered silvering of stardom. The chapters examine gendered genres such as romantic comedies, action and heist movies, the prosthetics of costume, and CGI enabled age transformations. Through this analysis, Josephine Dolan teases out the different meanings of ageing masculinity and femininity offered in contemporary cinema. She identifies ageing femininity as the pathologised target of rejuvenation while masculine ageing is seen to enhance an enduring youthfulness. This book has interdisciplinary appeal and will engage scholars interested in ‘old age’ and gender representations in contemporary cinema.

“This bold feminist book extends the concept of “silvering” beyond the screen to include spinoffs, profits and style, to name a few of the new directions. Yoking the triumvirate of audience, star, and story, Dolan acknowledges but refuses to accept euphemism, offering sophisticated analysis and argument in refreshingly honest prose devoid of jargon. She provides a necessary intervention into taken-for-granted assumptions about successful aging and the management of so-called decline, putting much-needed pressure on the multiple resonances of the third and fourth age. The book gathers and builds upon an increasingly large scholarship on “old age” narrative films, reaching out of the cinema into a broader cultural field, including consumer practices that influence growing old in a youth-centric world.” (Sally Chivers, Professor of English and Gender & Women’s Studies, Trent University, Canada)
Buy options