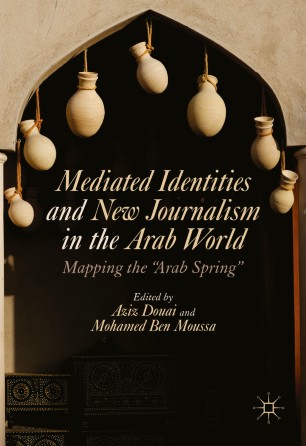 Mediated Identities and New Journalism in the Arab World

This book looks into the role played by mediated communication, particularly new and social media, in shaping various forms of struggles around power, identity and religion at a time when the Arab world is going through an unprecedented period of turmoil and upheaval. The book provides unique and multifocal perspectives on how new forms of communication remain at the centre of historical transformations in the region.
The key focus of this book is not to ascertain the extent to which new communication technologies have generated the Arab spring or led to its aftermaths, but instead question how we can better understand many types of articulations between communication technologies, on the one hand, and forms of resistance, collective action, and modes of expression that have contributed to the recent uprisings and continue to shape the social and political upheavals in the region on the other. The book presents original perspectives and rigorous analysis by specialists and academics from around the world that will certainly enrich the debate around major issues raised by recent historical events.