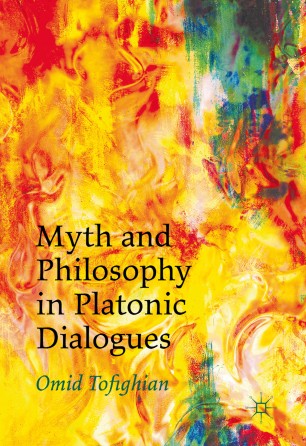 Myth and Philosophy in Platonic Dialogues

This book rethinks Plato’s creation and use of myth by drawing on theories and methods from myth studies, religious studies, literary theory and related fields. Individual myths function differently depending on cultural practice, religious context or literary tradition, and this interdisciplinary study merges new perspectives in Plato studies with recent scholarship and theories pertaining to myth. Significant overlaps exist between prominent modern theories of myth and attitudes and approaches in studies of Plato’s myths. Considering recent developments in myth studies, this book asks new questions about the evaluation of myth in Plato. Its appreciation of the historical conditions shaping and directing the study of Plato’s myths opens deeper philosophical questions about the relationship between philosophy and myth and the relevance of myth studies to philosophical debates. It also extends the discussion to address philosophical questions and perspectives on the distinction between argument and narrative.

Omid Tofighian is Lecturer in Rhetoric and Composition in the School of Literature, Art, and Media and Honorary Research Associate in the School of Philosophical and Historical Inquiry at the University of Sydney, Australia. He has also lectured and conducted research in the UAE, Belgium, Netherlands and intermittent periods in Iran. His research combines philosophy with rhetoric, religion, popular culture, transnationalism, displacement and discrimination.

“This book is a wonderful application of modern theories of myth to the myths in Plato’s dialogues. The author argues that some theories fi t some dialogues and others. The seriousness with which theories are considered is most commendable. Rather than enlisting just one theory to fi gure out all of Plato or, worse, spurning all theories as somehow irrelevant to deciphering myth in philosophy, this book uses an array of theories to make sense of Plato’s myths. Myth and philosophy prove intertwined: each illuminates the other. An excellent book.” (Robert A. Segal, Sixth Century Chair in Religious Studies, University of Aberdeen, UK)

“Tofi ghian presents an original exploration of the connections between myth and argument in a range of Platonic dialogues. He brings modern myth studies into play, and consistently employs contextual sensitivity to reject easy dichotomies. His approach deepens our understanding of Plato, and confi rms the philosopher’s fame as a writer.” (Frans de Haas, Professor of Ancient and Medieval Philosophy, Leiden University, The Netherlands)

“Tofi ghian brings a wide knowledge of modern theories of myth to bear on a consistently systematic investigation of Plato’s ‘myths’, and the results of his rigorous but sensible approach to Plato are always thought-provoking.” (Harold Tarrant, Professor Emeritus, School of Humanities and Social Science, University of Newcastle, Australia)