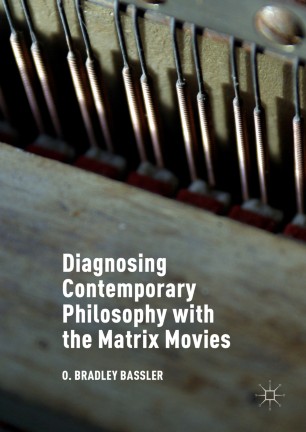 This book charts the shape of future philosophical investigation by posing the question: “What is the Matrix?” Guided by the example of the Matrix film trilogy, the author examines issues ranging from simulation, proof and action to value, culture and mythology, offering a progressively deeper diagnosis of modern philosophical conditions. In contrast to the contemporary focus upon cognitive science and a commitment to the distinction between appearance and reality, this book helps readers to explore the argument that such abstractions are inevitably displaced by a more concrete distinction between dreaming and waking, with the Matrix as the real and only world we inhabit. Researchers and scholars will find this work an engaging and enlightening examination of reality, via the medium of popular culture and film.

O. Bradley Bassler is Associate Professor of Philosophy at the University of Georgia, Athens, USA.  He is the author of The Pace of Modernity: Reading with Blumenberg (2012) and The Long Shadow of the Parafinite: Three Scenes from the Prehistory of a Concept (2015).