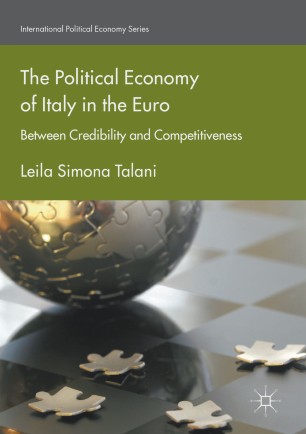 The Political Economy of Italy in the Euro

Between Credibility and Competitiveness

This book proposes an alternative political economy framework in which to analyse the question of the credibility of international economic agreements, in general, and monetary arrangements in particular. The focus is on European monetary arrangements, from the establishment of the European Monetary System to the crisis of the Euro-zone. The analysis is predicated around the political economy of Italy’s access and permanence in the Economic and Monetary Union (EMU). The author argues that the case of Italy, which made a concerted effort to join the EMU in the first wave, is particularly striking. Support for the single currency was widespread when it was introduced, yet something went wrong. Nowadays, its participation to the European monetary integration process cannot be easily taken for granted, especially after the vicissitudes of the Euro-zone crisis.