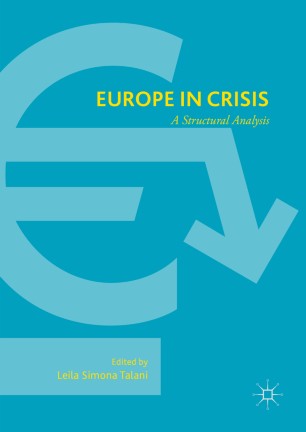 With contributions from a range of expert scholars in European economics, politics and social policy, this edited collection analyses the crisis in Europe by exploring the structural asymmetries of the Economic and Monetary Union (EMU) and European monetary integration. Structured in two parts, the chapters in this book discuss the impact of the global financial crisis on the Euro area; the failed implementation of the Lisbon Strategy; wage imbalances in the European labour market; the development of EU financial regulation; the Greek debt crisis; and the relationship between Italy and the EMU. The conclusion to the book puts forward a potential way out of the European crisis and argues that the correct measures, thus far, have not been taken to bolster financial stability.
In Europe in Crisis, Talani and her contributors aim to identify the impact of the crisis on the future of the EMU and the EU project as a whole.

Leila Simona Talani is Professor (Chair) of International Political Economy in the European and International Studies Department at King's College London, UK. She was appointed Jean Monnet Chair of European Political Economy in 2012. Previously she held the position of Associate Expert for the United Nations Regional Office for Drug Control and Crime Prevention in Cairo, Egypt, working on illegal migration from the Middle East and North Africa to EU countries. She is the author of The Arab Spring in the Global Political Economy (Palgrave Macmillan, 2014), Dirty Cities (Palgrave Macmillan, 2013), European Political Economy (2013), Globalisation, Migration, and the Future of Europe (2011), and From Egypt to Europe (2010), among other titles.