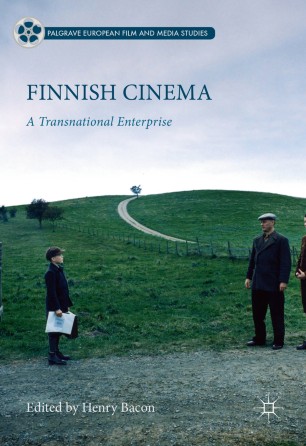 This book presents an expert analysis of  the transnational aspects of Finnish cinema throughout its history. As a small nation cinema, Finnish film culture has, even at its most nationalistic, always been attached to developments in other film producing nations in terms of production and distribution as well as genres and aesthetics. Recent developments in film theory offer exciting new approaches and methodologies for the study of transnational phenomena in the field of film culture, both past and present. The authors  employ a wide range of cutting edge methodologies in order to address the major issues involved in transnational approaches to film culture. Until recently, much of this research has focused on globalization and questions related to diasporic cinema while transnational issues related to small nation film cultures have been marginalized. This study focuses on how small nation cinemas have faced the dilemma of contributing to the construction and maintenance of national culture and identity, while responding to audience tastes largely shaped by foreign cinemas.
With Finland’s intriguing political placement between East and West, along with the high portion of film history preserved in Finnish archives, this thoroughly contextualized multidisciplinary analysis of Finnish film history serves as an illuminating case study of the transnational aspects of small nation cinemas.

Bacon, Henry, PhD, is Professor of Film and Television Studies at the University of Helsinki. Previously he worked for the Finnish Film archive and was in charge of designing a national film and television archive.  He has published nine books and a large number of articles on film theory and history as well as the history of opera. Among his major interests are the interrelationships between perceiving and understanding of our natural and social environment on the one hand and perceiving and understanding audiovisual fiction on the other, transnational aspects of film culture, film in relation to other arts, film violence and film acting.