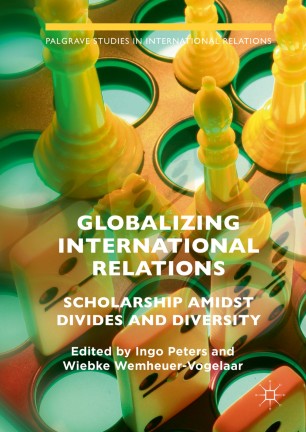 Scholarship Amidst Divides and Diversity

This volumes engages with the 'Global(izing) International Relations' debate, which is marked by the emerging tensions between the steadily increasing diversity and persisting dividing lines in today's International Relations (IR) scholarship. Its international cast of scholars draw together a diverse set of theoretical and methodological approaches, and a multitude of case studies focusing on IR scholarship in African and Muslim thought, as well as in countries such as China, Iran, Australia, Russia and Southeast Asian and Latin American regions. The following questions underpin this study: how is IR practiced beyond the West, and which theoretical alternatives are there for Western IR concepts? Fundamentally, what divides today's IR scholarship in light of its geo-epistemological diversity? This volume identifies shortcomings in the existing debate and offers new pathways for future research.