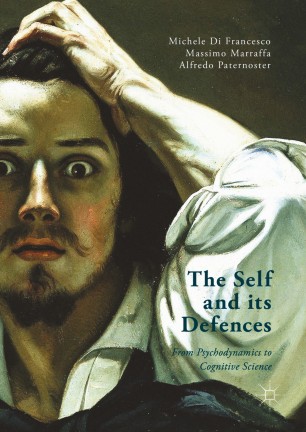 The Self and its Defenses

From Psychodynamics to Cognitive Science

This book presents a theory of the self whose core principle is that the consciousness of the self is a process of self-representing that runs throughout our life. This process aims primarily at defending the self-conscious subject against the threat of its metaphysical inconsistence. In other words, the self is essentially a repertoire of psychological manoeuvres whose outcome is self-representation aimed at coping with the fundamental fragility of the human subject. This picture of the self differs from both the idealist and the eliminative approaches widely represented in contemporary discussion. Against the idealist approach, this book contends that rather than the self being primitive and logically prior, it is the result of a process of construction that originates in subpersonal unconscious processes. On the other hand, it also rejects the anti-realistic, eliminative argument that, from the non-primary, derivative nature of the self, infers its status as an illusory by-product of real neurobiological events, devoid of any explanatory role.

Michele Di Francesco is Professor of Logic and Philosophy of Science at the School of Advanced Studies IUSS Pavia, Italy. His research focuses on issues in the philosophy of mind and cognitive science, and in particular on the philosophical problems of subjective experience. He is a past president of the European and the Italian Societies for Analytic Philosophy. His previous publications include the book  L'io e i suoi Sé (1998), and the articles ‘The End of the World? Mental Causation, Explanation and Metaphysics’ (with A. Tomasetta) in the journal Humana.Mente (2015), and ‘Consciousness and the Self’ in the journal Functional Neurology (2008).

Massimo Marraffa is Associate Professor of Philosophy of Science at the University of Rome ‘Roma Tre’, Italy. His research focuses on issues in the philosophy of mind and philosophy of psychology, on which he has published books, articles and book chapters in Italian and English. His previous publications include the co-edited volume Cartographies of the Mind (2007) and the article, written with A. Paternoster, ‘Disentangling the Self: A Naturalistic Approach to Narrative Self-construction’ in the journal New Ideas in Psychology (2016).

Alfredo Paternoster is Associate Professor of Philosophy of Language at the University of Bergamo, Italy. His research focuses on issues in the philosophy of mind and philosophy of language. His previous publications include the book Introduzione alla filosofia della mente (2010), the article, written with M. Marraffa, ‘Functions, levels and mechanisms. Explanation in cognitive science and its problems’ in the journal Theory and Psychology (2013), and the chapter ‘Reconstructing (Phenomenal) Consciousness’, in the book edited by A. Reboul, Mind, Values and Metaphysics (2014).