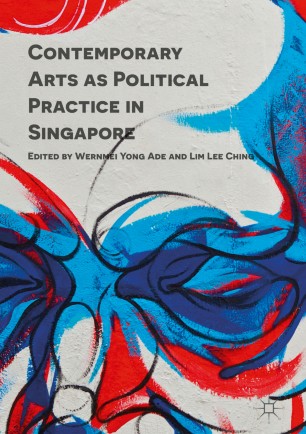 This pivot examines the contemporary arts as political practice in Singapore. Singapore marked 50 years of Independence in 2015 and this timely collection on the topic of contemporary arts as political practice in Singapore offers critical insight into some of the more controversial talking points that have shaped Singapore’s identity as a nation. Focusing on the role played by contemporary arts in shaping Singapore’s political landscape, the authors consider how Politics is often perceived as that which limits the flourishing of the arts. Contending that all art is political, and that all art form is a form of political practice, this collections examines ways in which the practice of art in Singapore redraws the boundaries that conventionally separate arts from politics. It critically examines the tenuous relationship between the arts and politics and offers a timely reevaluation of the relationship between the arts and politics. In doing so, this collection opens a dialogue between artistic practice and political practice that reinforces the mutuality of both, rather than their exclusivity and redefines the concept of the political to demonstrate that political involvement is not a simple matter of partisan politics, but has an inherently aesthetic dimension, and aesthetics an inherently political one.

Wernmei Yong Ade teaches feminist studies, contemporary women’s writing, critical theory, and a course on love as a discourse at Nanyang Technological University, Singapore.  She is currently working on a book project on the subject of love as a discourse of alterity, staged as textual practice, in addition to editing a collection of essays entitled Fluid Gender, Fluid Love (2016).

Lim Lee Ching teaches literature and inter-disciplinary subjects at SIM University, SIngapore. He is founding editor of the Singapore Review of Books. He is also the author of Tomas Tranströmer: a Commentary (2016).