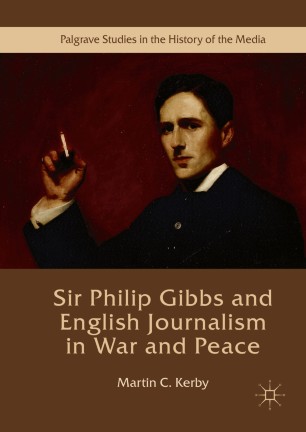 Sir Philip Gibbs and English Journalism in War and Peace

Sir Philip Gibbs was one of the most widely read English journalists of the first half of the twentieth century. Prior to 1914 he reported on industrial unrest, Ireland, the suffragette movement, royal births, deaths and coronations, the sinking of the Titanic, and the Balkan War in 1912. This coverage of his writing offers a broad insight into British social and political developments, government and press relations, propaganda, and war reporting during the First World War.

As a war correspondent on the Western Front, his articles, which appeared on both sides of the Atlantic, did much to shape civilian attitudes during the First World War and its immediate aftermath. Many critics dismissed Gibbs' work as propaganda and his acceptance of a knighthood in 1920 as a reward. His writing in the post-war years covered the full range of inter-war European politics, the Second World War, and the Cold War.

Martin C. Kerby is Lecturer in the School of Teacher Education and Early Childhood at the University of Southern Queensland, Australia and is also the museum curator and archivist at St Joseph's Nudgee College, Brisbane, Australia. He was recently awarded an Australian Postgraduate Award scholarship, a Queensland Anzac Centenary Grant and an Australian Arts and Culture Grant.