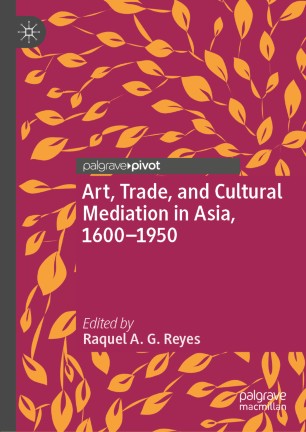 This Palgrave Pivot explores the social and cultural impact of global trade at a micro-level from around 1600 to 1950. Bringing together the collaborative skills of cultural, social, economic, and art historians, it examines how the diffusion of trade, goods and objects affected people’s everyday lives. The authors tell several stories: of the role played by a host of intermediaries - such as apothecaries, artisans and missionaries who facilitated the process; of objects such as Japanese export lacquer-ware and paintings; of how diverse artistic influences came to be expressed in colonial church architecture in the Philippines; of revolutionary changes wrought on quotidian tastes and preferences, as shown in the interior decoration of private homes in the Dutch East Indies; and of transformations in the smoking and drinking habits of Southeast Asians. The chapters consider the conditions from which emerged new forms of artistic production and transfer, fresh cultural interpretations, and expanded markets for goods, objects and images.

Raquel A. G. Reyes is an Associate Research Fellow at the School of Oriental and African Studies, University of London, UK, and former British Academy Post-doctoral Fellow in London. She works on the history of science and medicine, the history of gender and sexuality, and global trade and local cultural innovation in early modern Southeast Asia, with particular reference to the Philippines. She is the author of Love, Passion and Patriotism: Sexuality and the Philippine Propaganda Movement, 1882-1892, and co-editor of Sexual Diversity in Asia c.600-1950. She is also a columnist for the Manila Times.