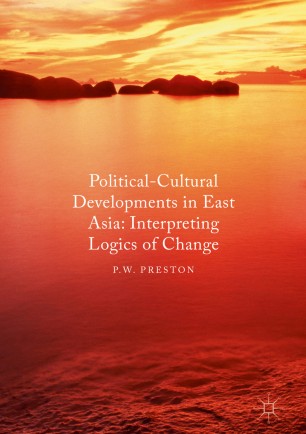 This book offers an interpretive and critical comparative politics analysis of the post-1945 development trajectory of the broad East Asian region and its component countries. The discussion considers the region and its countries in terms of their historical legacies (colonialism, war and the preoccupation with development) and argues that each country has constructed their own way of ordering political life, each created its own political logic. Arguing that it is an error to judge these countries’ performance against the model of Europe or America, Preston discusses the era of expansionist colonialism, the episode of breakdown in highly destructive regional warfare in the early twentieth century and the subsequent diverse records of China (with its party-state turned towards a nominal state-socialism), Hong Kong (confronting the problems of living with distant masters), Singapore (with its elite directed national building) and Thailand (mired in elite-resistance to popular political reform).

P.W. Preston is Emeritus Professor of Political Sociology at the University of Birmingham. He has lived and worked in East Asia and has published widely on the politics of this region and his own home country, England.