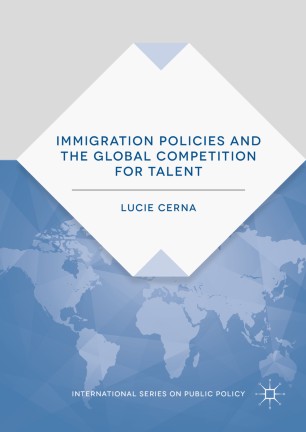 Immigration Policies and the Global Competition for Talent

‘In the 21st century few factors will be more critical to economic success than human capital. Yet many societies are reluctant to open their labor markets to foreign talent and as a result they risk falling behind in the global marketplace. How can we explain the difference in openness to high skilled immigration from one country and region to another? In this fascinating book Lucie Cerna answers this question and more. It is a must-read for students, scholars and policymakers alike.’ – James F. Hollifield, Professor of Political Science and Director, Tower Center, Southern Methodist University, USA

This book examines the variation in high-skilled immigration policies in OECD countries. These countries face economic and social pressures from slowing productivity, ageing populations and pressing labour shortages. To address these inter-related challenges, the potential of the global labour market needs to be harnessed. Countries need to intensify their efforts to attract talented people – the best and the brightest. While some are excelling in this new marketplace, others lag behind. The book explores the reasons for this, analysing the interplay between interests and institutions. It considers the key role of coalitions between labour (both high- and low-skilled) and capital. Central to the analysis is a newly constructed index of openness to high-skilled immigrants, supplemented by detailed case studies of France, Germany, Sweden, the United Kingdom and the United States. The book contributes to the literature on immigration, political economy and public policy, and appeals to academic and policy audiences.