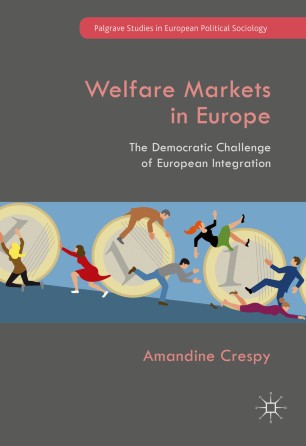 The Democratic Challenge of European Integration

This book explores the European welfare model, arguing that the rollout of European policies for welfare services has led to increased marketization. The author argues that the rise of profit-making in utilities, transport, child and health care is exacerbating rather than reducing inequalities among citizens, demonstrating how the marketization of European welfare has taken place over successive rounds of policymaking for European integration.

These rounds have motivated national level public services reform, as well as contestation over these measures from civil society groups. The study traces the developments of policymaking at EU level since the late 1980s, offers in-depth studies of contentious debates which have sealed the fate of welfare services at the turn of the century, and offers insights on the problems involved with prolonged austerity in Europe. This book therefore shows how European integration is provoking a democratic challenge to what kind of Europe citizens want.

Amandine Crespy is Lecturer in Political Science at the Université libre de Bruxelles, Belgium. Her research deals with the politicization of EU integration, especially in relation to socio-economic policies.

“The book succeeds in bridging the gap between various pieces of literature focusing on the legal and institutional frameworks and their impact on the national level on one side, and the global justice movement and the euro-critical mobilisation (as a contribution to new forms of supranational democracy) on the other. … the book is of value both for scholars and for students of advanced courses in European integration.” (Tomislav Sokol, European Journal of Social Security, Vol. 19 (4), 2017)
Buy options