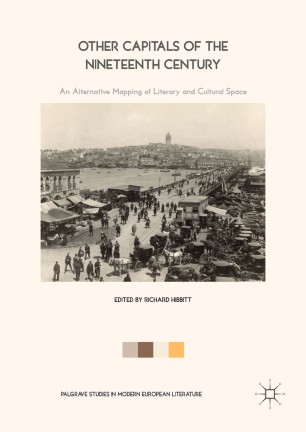 Other Capitals of the Nineteenth Century

An Alternative Mapping of Literary and Cultural Space

This book rethinks the notion of nineteenth-century capital(s) from geographical, economic and symbolic perspectives, proposing an alternative mapping of the field by focusing on different loci and sources of capital. Walter Benjamin’s essay ‘Paris, the Capital of the Nineteenth Century’ identifies the French capital as the epitome of modernity. His consideration of how literature enters the market as a commodity is developed by Pierre Bourdieu in The Rules of Art, which discusses the late nineteenth-century French literary field in terms of both economic and symbolic capital. This spatio-temporal approach to culture also underpins Pascale Casanova’s The World Republic of Letters, which posits Paris as the capital of the transnational literary field and Greenwich Meridian of literature. This volume brings together essays by specialists on Bayreuth, Brussels, Constantinople, Coppet, Marseilles, Melbourne, Munich and St Petersburg, as well as reflections on local-colour literature, the Symbolist novel and the strategies behind literary translation. Offering a series of innovative perspectives on nineteenth-century capital and cultural output, this study will be invaluable for all upper-levels students and scholars of modern European literature, culture and society.