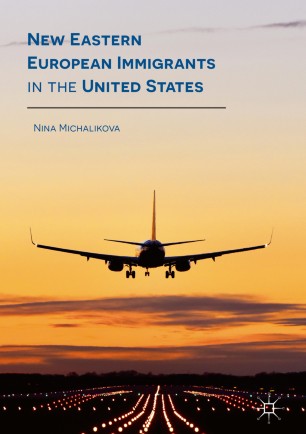 This book deftly extends previous research on post-1965 immigration to the United States in order to examine the cultural, socioeconomic, structural, and political adaptation of Eastern European immigrants after 1991. Also, the book engages in a systematic examination of adaptation experiences through the lenses of existing theories of adaptation, and fills a gap in the literature on this understudied immigrant population. Using the latest quantitative data, Nina Michalikova contributes to the field of immigration studies by revealing the diverse adaptation experiences of contemporary American immigrants through cross-country and cross-group comparisons.

Nina Michalikova is Assistant Professor of Sociology at the University of Central Oklahoma, USA. Her research has examined different forms of social inequality, specifically those pertaining to race, ethnicity, and immigration.

“Nina Michalikova crafts a sophisticated understanding of post-1991 Eastern European immigrants to the U.S.  With a historical backdrop of earlier migration plights of Eastern European immigrants, she sets the stage for patterns of contemporary assimilation interweaving socioeconomic, structural, and political factors substantiated by quantitative findings.  The book gives voice to the adaptation processes of this under-studied group and is a valuable contribution to advancing immigration scholarship.” (Erin Rider, Associate Professor of Sociology, Jacksonville State University, USA)

“An important addition to research pertaining to immigrants to the United States. This study provides a long-overdue foundational study in the immigration patterns and experiences of Eastern European immigrants. This is an essential book for sociologists specializing in immigration as well as sociology generalists.” (Bev Carlsen-Landy, Lecturer, Arizona State University, USA)

“Michalikova has delivered a long-overdue scholarly assessment of Eastern European immigrants’ integration in the U.S.  Her evaluation of the cultural, socioeconomic, structural, and political experiences of émigrés is scientifically rigorous, yet understandable to laymen. She has successfully challenged the rigid use of assimilation theory from past immigration waves.  Providing significant evidence that modern immigrants more readily undergo cultural pluralism as they settle in America, this is a must-read for anyone interested in post-Soviet immigration.” (Rebekah Dowd, PhD Candidate, Georgia State University, USA)

“A painstaking pioneering study of the adaptation experience of new Eastern European immigrants in the United States after the collapse of the Eastern Bloc. An excellent reference for specialists and interested general audience alike.” (Philip Q. Yang, Professor of Sociology and Director of the Graduate Program, Texas Woman’s University, USA)