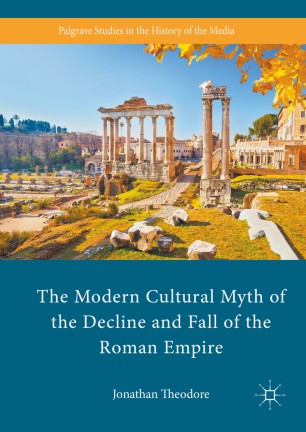 This book investigates the ‘decline and fall’ of Rome as perceived and imagined in aspects of British and American culture and thought from the late nineteenth through the early twenty-first centuries. It explores the ways in which writers, filmmakers and the media have conceptualized this process and the parallels they have drawn, deliberately or unconsciously, to their contemporary world. Jonathan Theodore argues that the decline and fall of Rome is no straightforward historical fact, but a ‘myth’ in terms coined by Claude Lévi-Strauss, meaning not a ‘falsehood’ but a complex social and ideological construct. Instead, it represents the fears of European and American thinkers as they confront the perceived instability and pitfalls of the civilization to which they belonged. The material gathered in this book illustrates the value of this idea as a spatiotemporal concept, rather than a historical event – a narrative with its own unique moral purpose.

Jonathan Theodore studied at the University of Oxford and King’s College London, UK and has been a tutor in early European history at the latter. His first book, Cyprus and the Financial Crisis, was published by Palgrave in 2015.