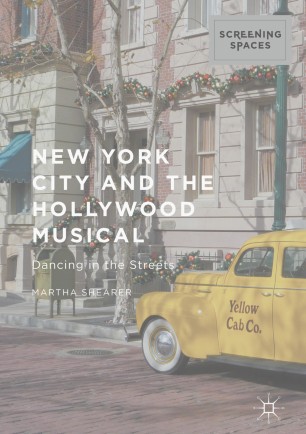 Dancing in the Streets

In examining the relationship between the spectacular, iconic and vibrant New York of the musical and the off-screen history and geography of the real city—this book explores how the city shaped the genre and equally how the genre shaped representations of the city. Shearer argues that while the musical was for many years a prime vehicle for the idealization of urban density, the transformation New York underwent after World War II constituted a major challenge to its representation. Including analysis of 42nd Street, Swing Time, Cover Girl, On the Town, The Band Wagon, Guys and Dolls, West Side Story and many other classic and little-known musicals—this book is an innovative study of the relationship between cinema and urban space.

Martha Shearer teaches in the Department of Film Studies at King’s College London, UK. She has published articles in Screen and The Soundtrack and her research focuses on the city in American cinema and media, particularly in relation to genre, gender and the history of the Hollywood film industry.