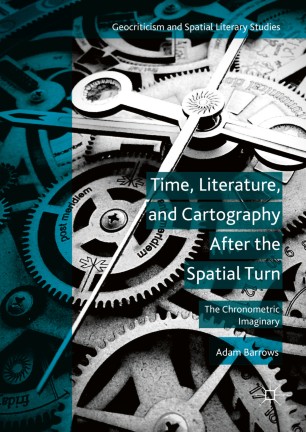 Time, Literature, and Cartography After the Spatial Turn

Time, Literature and Cartography after the Spatial Turn argues that the spatial turn in literary studies has the unexplored potential to reinvigorate the ways in which we understand time in literature.  Drawing on new readings of time in a range of literary narratives, including Vladimir Nabokov’s Ada and James Joyce’s Finnegans Wake, Adam Barrows explores literature’s ability to cartographically represent the dense and tangled rhythmic processes that constitute lived spaces.  Applying the insights of ecological resilience studies, as well as Henri Lefebvre’s late work on rhythm to literary representations of time, this book offers a sustained examination of literature’s “chronometric imaginary”: its capacity to map the temporal relationships between the human and the non-human, the local and the global.