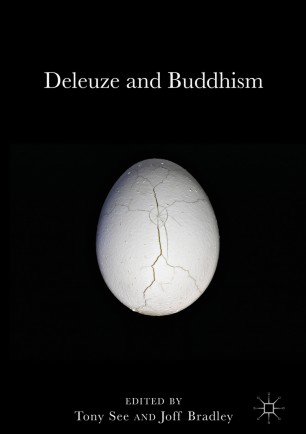 This book explores the resonances between Deleuze’s philosophy and a range of philosophical concepts in Buddhism. Focusing on this rarely examined relationship, this book gathers perspectives from scholars around the globe to explore the continuities and discontinuities between Deleuze’s and Buddhist thought. They examine immanence, intensity, assemblages and desire, and the concepts of ethics and meditation. This volume will prove to be an important resource for readers and scholars interested in philosophy, critical theory and comparative studies. They will find this an engaging and invaluable examination of two different yet similar modes of thought.

Tony See is currently teaching in the National University of Singapore (NUS). His research interests include philosophy, critical theory and media studies. His current research interest is in exploring theories of subjectivity, with a focus on the intersections between Deleuze’s idea of immanence and desire, and its resonances with the idea of Buddha-nature in Mahayana Buddhism. His previous publications include the book Community Without Identity: The Ontology and Politics of Heidegger (2009), and a number of articles such as ‘Deleuze and Mahayana Buddhism’ (2014), ‘Deleuze and Ikeda’ (2015) and ‘Deleuze, Religion and Education’ (2016).

Joff P.N. Bradley teaches in the Faculty of Foreign Languages at Teikyo University, Japan. He is a long-term resident of Japan and is interested in the becoming-Japanese of the other and the becoming-other of Japan. His previous articles include ‘Educational Philosophy and French Thought’ (with David Cole, 2015) and ‘Japanese English Learners on the Edge of Chaosmos: Felix Guattari and ‘Becoming Otaku’’ (With David Cole, 2014).