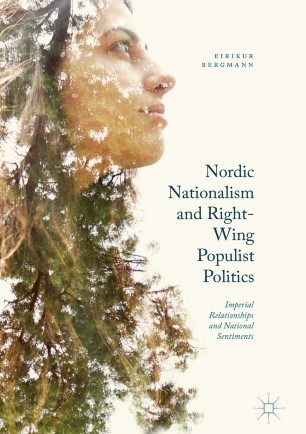 Based on a constructivist approach, this book offers a comparative analysis into the causes of nationalist populist politics in each of the five Nordic independent nation states. Behind the social liberal façade of the economically successful, welfare-orientated Nordic states, right-wing populism has found support in the region. Such parties emerged first in Denmark and Norway in the 1970s, before becoming prominent in Sweden and Finland after the turn of the millennium and in Iceland in the wake of the financial crisis of 2008, when populist parties surged throughout the Nordics. The author traces these Nationalist trails of thoughts back to the National Socialistic movements of the 1920s and 1930s (the respective Nordic version Nazi parties) and before, to the birth of the Nordic nation states in the nineteenth century following the failure of integration. Since then, as the book argues, separate nationalisms have grown strong in each of the countries. This study will appeal to students and scholars as well as wider audiences interested in European Politics, Nordic Politics, Nationalism, and Populism.

Eirikur Bergmann is Professor of Politics at Bifrost University, Iceland, and Visiting Professor at the University of Ljubljana, Slovenia. He is also Director of the Centre for European Studies in Iceland. Professor Bergmann is the author of many books. He writes mainly on Nationalism, Populism, European Integration, Icelandic Politics and on Participatory Democracy. Bergmann was a member of Iceland’s Constitutional Council in 2011.

“It is … highly recommended to anyone studying populist parties or looking for an accessible introduction to the political history of the Nordic countries.” (Agnes Batory, Democratization, Vol. 26 (6), 2019)
Buy options