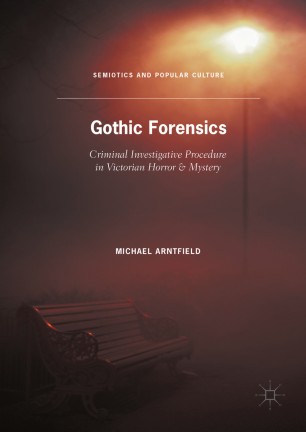 Part of the Semiotics and Popular Culture book series (SEMPC)

This book explores a number of foundational Victorian Gothic texts that have either predicted or prefigured key investigative methods used by police today. It also critically assesses the legislative, procedural, and forensic implications of crime fiction and horror produced during the Victorian era. Titles ranging from Bleak House to Dracula are demonstrated to be driving forces behind the professional standards and investigative methods used by police departments in the United States and United Kingdom, both then and now. Gothic Forensics explains how and why the Gothic served as the unlikely but irrefutable creative engine for advances in forensics made in the following century—techniques and technologies taken for granted today—as well as the literary progenitor of the prevailing methodologies now used in criminal investigation and profiling, the collection of evidence, and the administration of justice.