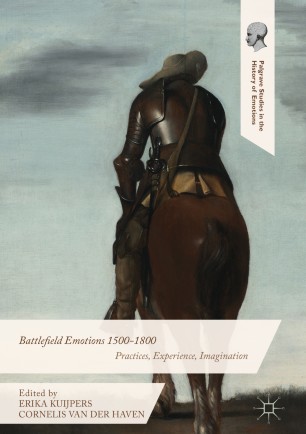 Erika Kuijpers teaches cultural history at VU University, the Netherlands. Her previous work concerned the social history of early modern migration and labour relations. From 2008-2013 she worked at Leiden University, the Netherlands, researching memories of the Dutch Revolt, as part of the VICI research project 'Tales of the Revolt: Memory, oblivion and identity in the Low Countries, 1566-1700'. She is co-editor of the volume Memory Before Modernity. Practices of Memory in Early Modern Europe (2013), and is working on a monograph about the way early modern witnesses and victims of war dealt with traumatic memories.

Cornelis van der Haven is a literary historian who has published on Dutch and German theatre and literature in the 17th and 18th centuries, with a strong focus on the role of literary texts in shaping cultural and social identities. He lectures at the Literary Department of Ghent University, Belgium.