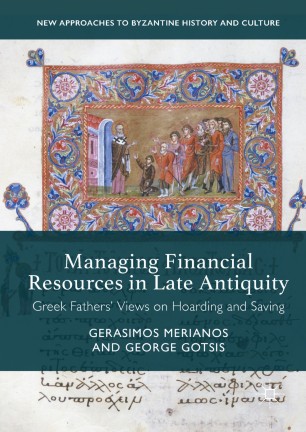 This book examines the views of Greek Church Fathers on hoarding, saving, and management of economic surplus, and their development primarily in urban centres of the Eastern Mediterranean, from the late first to the fifth century. The study shows how the approaches of Greek Fathers, such as Clement of Alexandria, Basil of Caesarea, John Chrysostom, Isidore of Pelusium, and Theodoret of Cyrrhus, to hoarding and saving intertwined with stances toward the moral and social obligations of the wealthy. It also demonstrates how these Fathers responded to conditions and practices in urban economic environments characterized by sharp inequalities. Their attitudes reflect the gradual widening of Christian congregations, but also the consequences of the socio-economic evolution of the late antique Eastern Roman Empire. Among the issues discussed in the book are the justification of wealth, alternatives to hoarding, and the reception of patristic views by contemporaries.