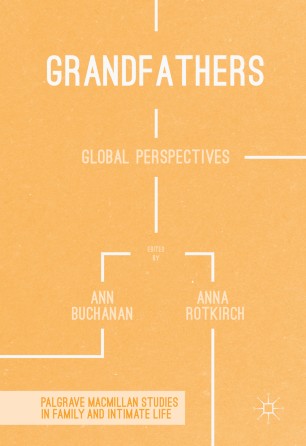 This is the first book to bring together international scholars from around the world and from a wide variety of disciplines, to discover what is known about grandfathers and analyse the impact of close involvement with their grandchildren. Within the context of increased divorce rates, single parent families and healthier, more active elders, grandfathers have come out of the shadows and re-invented themselves in a new caring, nurturing role.

These original studies demonstrate that grandfather involvement is independently and positively associated with higher levels of child well-being in the UK and South Africa, as well as in Arab and Israeli teenagers, and pre-school children in England.

The chapters conclude that societies could benefit from encouraging more grandfathers to become actively involved in their grandchildren’s lives and argues the case for grandparent visitation rights in those countries that currently do not have them.

Ann Buchanan is Emeritus Professor and Senior Research Associate at the University of Oxford, UK. She has been researching into child and family well-being, specifically fathering, grandparenting and divorce, for more than twenty years. At Oxford she directed the Centre for Research into Parenting and Children. Her work has an international profile and she was awarded an MBE in 2012.

Anna Rotkirch is Research Director at Väestöliitto, the Family Federation of Finland, studying family ties and childbearing from sociological and evolutionary perspectives. She is Director of the longitudinal study of generational transmissions in Finland which follows the baby boomer generation and their adult children. Previous publications include (with Ann Buchanan, eds.) Low Fertility and Population Decline (Palgrave, 2013).

“This volume is an excellent selection of contributions focused on the almost totally unrecognised role of the grandfather that has long been in the shadow of grandmothers. The different research contained within this volume highlights the important impact of grandfathers on grandchildren … . it is a relevant and essential contribution not only to social scientists but to anyone who wishes to understand the important roles of the grandfathers and their impact on the new generations.” (Marta Ortega Gaspar, Journal of Population Ageing, Vol. 10, 2017)
Buy options