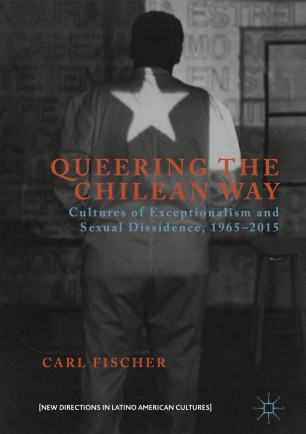 Cultures of Exceptionalism and Sexual Dissidence, 1965–2015

This book examines and critiques the fact that Chile’s claims to economic exceptionalism have been embodied, often quite aggressively, in a heterosexual, and primarily male, ideal. Despite the many shifts Chilean economics and politics have undergone over the past fifty years, the country’s view of itself as a “model” in contrast to other Latin American countries has remained constant. By deploying an artistic, literary, and cinematic archive of queer figures from this period, this book draws parallels among the exceptionalisms of Chile’s economic discourse, the subjects deemed most (and least) apt to embody it, and the maneuvers of its cultural production between local and global ideas of gender and politics to delineate its place in the world. Queering the “Chilean Way” thus sheds light on the sexual, economic, and aesthetic dimensions of exceptionalism—at its heart, a discourse of exclusion that often comprises a major element of nationalism—in Chile and throughout the Americas.