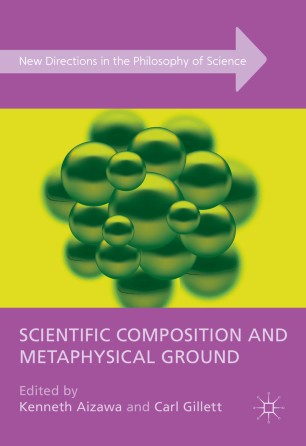 We find “vertical” relations in many different realms, whether between atoms and molecules, words and sentences, neurons and brains, or individuals and societies. This book is the first to bring together, and comparatively assess, the exciting array of philosophical approaches to vertical relations that have independently sprung up in analytic metaphysics, the metaphysics of mind, and the philosophy of science.  Analytic metaphysicians have recently focused on a relation of ‘Ground’ that is claimed to be found in aesthetics, ethics, logic, mathematics, science, and semantics.  Metaphysicians of mind have focussed on a vertical relation of ‘realization’ between properties, whilst philosophers of science associated with the rise of the ‘New Mechanism’ have renewed interest in vertical relations of scientific composition found in so-called “mechanistic explanations”. This volume analyses the inter-relations between these different approaches to spark a range of new debates, including whether the various frameworks for vertical relations are independent, complementary or in even competition.

Kenneth Aizawa received his PhD in History and Philosophy of Science from the University of Pittsburgh, US, in 1989. He works primarily in the history and philosophy of psychology and is the author of The Systematicity Arguments and, with Fred Adams, The Bounds of Cognition.

Carl Gillett is Professor of Philosophy at Northern Illinois University, US. Gillett works in the overlapping areas of philosophy of science, philosophy of mind and metaphysics and has published widely on topics in the metaphysics of science concerning reduction and emergence and multiple realization, among others.

Laura Franklin-Hall is Assistant Professor of Philosophy at New York University. Laura received a PhD in philosophy from Columbia University and a BS in biology from Stanford University. Laura’s work, which has appeared in Biology and Philosophy, Philosophy of Science, British Journal for the Philosophy of Science, Philosophical Studies, among other venues, focuses on experimental, explanatory and classificatory practices in biology. Her research on classification has aspired both to formulate principles that guide scientific-categorical practice and to evaluate the grounds for those principles. With respect to scientific explanation, Laura’s critical work has probed two currently fashionable explanatory accounts—explanatory interventionism and the new mechanistic account—while her constructive project has been to sketch a theory of explanation designed to better accommodate the relatively abstract explanations common in biology.

Jens Harbecke is Professor for Theoretical Philosophy and Philosophy of the Social Sciences at Witten/Herdecke University (Germany). He received his doctorate at the University of Lausanne under the supervision of Michael Esfeld with a dissertation on the problem of mental causation. Subsequently, he worked as an assistant professor and visiting scholar at the universities of Bern, Tel Aviv, Jerusalem, and Washington University in St. Louis. He works on constitutive explanations, causality in the metaphysics of mind, and counterfactual and regularity theories of causation.  He is the project coordinator of a research project funded by the European Commission on the philosophy of social science and neuroscience with researchers at Witten/Herdecke, Helsinki, and Louvain-la-Neuve. He also collaborates as a principal investigator within a philosophical research project funded by the German-Israeli Foundation on causation and computation in neuroscience with partners in Jerusalem and Cologne.

Andrew Melnyk is a professor of philosophy at the University of Missouri, where he has taught since 1991.  He is interested in all aspects of the philosophy of mind and in many aspects of philosophy of science.  Much of his work is unified by his attempt to formulate, explore, and argue for a comprehensive thesis of physicalism that invokes a carefully-defined relation of realization.  He has also written about other minds, naturalism in philosophy, conceptual analysis, and the inference from conceivability to possibility.  His work has appeared in Journal of Philosophy, Noûs, Philosophy and Phenomenological Research, Mind, Australasian Journal of Philosophy, Philosophical Studies, Philosophy of Science, and Synthese, among others.  His book, A Physicalist Manifesto: Thoroughly Modern Materialism, was published by Cambridge University Press in 2003.  He was born in London, England, and educated at St. Paul’s School, London, and Oxford University.

Alyssa Ney is Associate Professor of Philosophy at the University of California, Davis. She works in metaphysics, the philosophy of physics, and the philosophy of mind. She is the author of Metaphysics: An Introduction, Routledge (2014) and co-editor of The Wave Function: Essays in the Metaphysics of Quantum Mechanics, Oxford University Press (2013).

Derk Pereboom is the Susan Linn Sage Professor of Philosophy and Ethics at Cornell University. He works mainly on philosophy of mind and on free will. The physicalist position Pereboom proposes in philosophy of mind, initially defended in a number of articles, is set out in detail in Consciousness and the Prospects of Physicalism (Oxford 2011). There he develops two responses to the leading arguments against physicalism. The first exploits the open possibility that introspective representations fail to represent mental properties as they are in themselves; more specifically, that introspection represents phenomenal properties as having certain characteristic qualitative natures, which these properties might actually lack. The second response draws on the proposal that currently unknown intrinsic properties provide categorical bases for known physical properties and also yield an account of consciousness. The book’s final theme is an anti-reductionist account of physicalism. In the view Pereboom defends, the fundamental relation between the mental and the microphysical is constitution, where this relation is not explicated by the notion of identity. Pereboom’s views on free will are developed in Living without Free Will (Cambridge 2001), Four Views on Free Will (Blackwell 2007), Free Will, Agency, and Meaning in Life (Oxford 2014), and in his articles on this issue. His overall position is that due to general facts about the nature of the universe, we lack the sort of free will required for moral responsibility – that is, for our deserving, in a fundamental sense, to be blamed or punished for immoral action, and to be praised or rewarded for morally right action. At the same time he contends that a conception of life without this type of free will would not undermine morality or to our sense of meaning in life, and in certain important respects it may even be beneficial.

Jonathan Schaffer is a Distinguished Professor of Philosophy at Rutgers University, New Brunswick. He earned his Ph.D. from Rutgers in 1999, and has since worked at the University of Houston, the University of Massachusetts-Amherst, the Australian National University, and St. Andrews, before returning to Rutgers in 2011. He works mainly in metaphysics, with interests in epistemology, language, mind, and science. His “On What Grounds What” (2009) is widely regarded as one of the main sources of current interest in metaphysical grounding.

Jessica Wilson is Associate Professor of Philosophy at the University of Toronto.  Her primary research interests are in general metaphysics (especially metametaphysics, modality, and indeterminacy) and the metaphysics of science (especially inter-theoretic relations). Recent publications include 'What is Hume's Dictum, and Why Believe It?' (Philosophy and Phenomenological Research, 2010), 'Fundamental Determinables' (Philosopher's Imprint, 2011), 'A Determination-based Account of Metaphysical Indeterminacy' (Inquiry, 2013), and 'No Work for a Theory of Grounding' (Inquiry, 2014). Her book _Metaphysical Emergence_ is forthcoming with Oxford University Press.