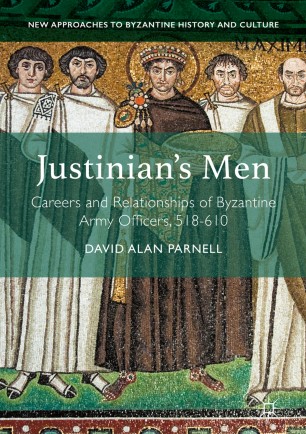 This book explores the professional and social lives of the soldiers who served in the army of the Byzantine Empire in the sixth century. More than just a fighting force, this army was the setting in which hundreds of thousands of men forged relationships and manoeuvred for promotion. The officers of this force, from famous generals like Belisarius and Narses to lesser-known men like Buzes and Artabanes, not only fought battles but also crafted social networks and cultivated their relationships with their emperor, fellow officers, families, and subordinate soldiers. Looming in the background were differences in identity, particularly between Romans and those they identified as barbarians. Drawing on numerical evidence and stories from sixth-century authors who understood the military, Justinian’s Men highlights a sixth-century Byzantine army that was vibrant, lively, and full of individuals working with and against each other.