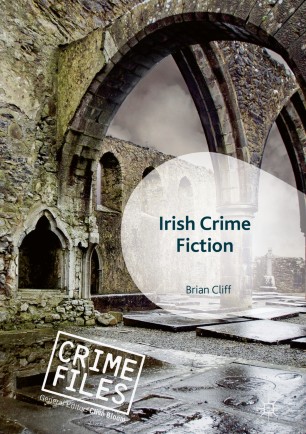 This book examines the recent expansion of Ireland's literary tradition to include home-grown crime fiction. It surveys the wave of books that use genre structures to explore specifically Irish issues such as the Troubles and the rise and fall of the Celtic Tiger, as well as Irish experiences of human trafficking, the supernatural, abortion, and civic corruption. These novels are as likely to address the national regulation of sexuality through institutions like the Magdalene Laundries as they are to follow serial killers through the American South or to trace international corporate conspiracies.
This study includes chapters on Northern Irish crime fiction, novels set in the Republic, women protagonists, and transnational themes, and discusses Irish authors’ adaptations of a well-loved genre and their effect on assumptions about the nature of Irish literature. It is a book for readers of crime fiction and Irish literature alike, illuminating the fertile intersections of the two.

Brian Cliff is Assistant Professor in the School of English at Trinity College Dublin, Ireland. His recent publications include essays on John Connolly, Tana French, and Deirdre Madden, and Synge and Edwardian Ireland (2012), co-edited with Nicholas Grene. In November 2013, he co-organized “Irish Crime Fiction: A Festival” in Dublin, which featured 18 Irish and Irish-American crime novelists. He is currently completing a monograph about community and contemporary Irish writing.

“Cliff surveys with commendable verve the half-charted terrain of ‘Emerald Noir’. … Cliff illuminates a body of fiction that ‘preserves the ambiguities and ambivalences of a complex society’. … Without doubt, Irish Crime Fiction holds a burnished mirror up to the Celtic Tiger and the northern Troubles.” (Liam McIlvanney, The Irish Times, September 01, 2018)

“What Cliff is able to achieve here is an overview, a look at the factors that distinguish Irish crime from the rest of the world, he unlocks the themes and motifs that reoccur. Irish crime writing is rich and diverse and growing. … Cliff uses the example of writers to illustrate themes and trends in Irish crime. … this is a very satisfying read, covering the themes in Irish Crime Fiction.” (Paul Burke, Nudge, nudge-book.com, July, 2018)
Buy options