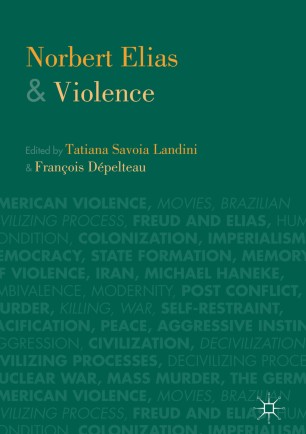 This book presents key conceptualizations of violence as developed by Norbert Elias. The authors explain and exemplify these concepts by analyzing Elias’s late texts, comparing his views to those of Sigmund Freud, and by analyzing the work of filmmaker Michael Haneke. The authors then discuss the strengths and shortcomings of Elias’s thoughts on violence by examining various social processes such as colonization, imperialism, and the Brazilian civilizing process—in addition to the ambivalence of state violence. The final chapters suggest how these concepts can be used to explain difficulties in implementing democracy, grappling with memories of violence, and state building after democracy.