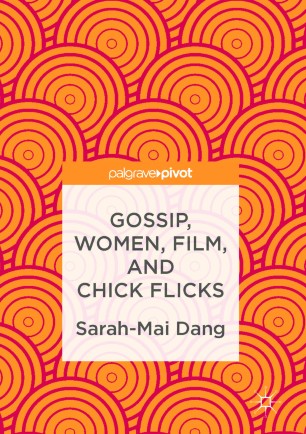 This book addresses the relationship between gossip, women, and film with regards to the genre of chick flicks. Presenting two case studies on the films Easy A (Will Gluck 2010) and Emma (Douglas McGrath 1996), Dang demonstrates that hearsay plays a defining role in the staging of these films and thus in the film experience. While the lack of women’s voices in the general public sphere remains an issue, the female voice is very present in the contemporary woman’s film. In its analysis of gossip, this book focuses on a form of communication that has traditionally been assigned to women and is consequently disregarded. Dang provides a theoretical framework for the understanding of speech acts in the popular, yet undertheorized, genre of chick flicks.
Dr Sarah-Mai Dang is a Research Assistant at the Department of Media Studies at the University of Bayreuth, Germany. Previously, she worked at the Collaborative Research Center “Aesthetic Experience and the Dissolution of Artistic Limits” (SFB 626) and at the Department for Film Studies, both at Freie Universität Berlin, Germany.