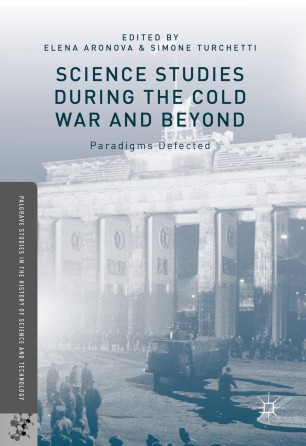 Science Studies during the Cold War and Beyond

This book examines the ways in which studies of science intertwined with Cold War politics, in both familiar and less familiar “battlefields” of the Cold War. Taken together, the essays highlight two primary roles for science studies as a new field of expertise institutionalized during the Cold War in different political regimes. Firstly, science studies played a political role in cultural Cold War in sustaining as well as destabilizing political ideologies in different political and national contexts. Secondly, it was an instrument of science policies in the early Cold War: the studies of science were promoted as the underpinning for the national policies framed with regard to both global geopolitics and local national priorities. As this book demonstrates, however, the wider we cast our net, extending our histories beyond the more researched developments in the Anglophone West, the more complex and ambivalent both the “science studies” and “the Cold War” become outside these more familiar spaces. The national stories collected in this book may appear incommensurable with what we know as science studies today, but these stories present a vantage point from which to pluralize some of the visions that were constitutive to the construction of “Cold War” as a juxtaposition of the liberal democracies in the “West” and the communist “East.”