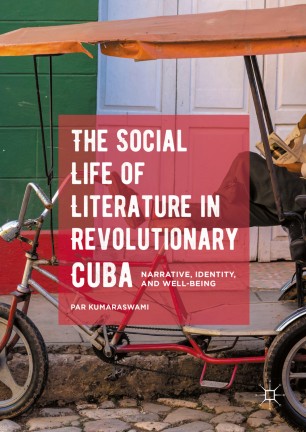 The Social Life of Literature in Revolutionary Cuba

This study explores the social functions of literature from the perspective of policymakers, writers, readers and residents in contemporary Cuba. It provides a new perspective on post-59 Cuban literature that underlines how cultural policy has made literature a hybrid activity between elite and mass culture, with inherent social, rather than aesthetic or political, value. Whilst many traditional studies of Cuban literature assume either its subjugation to politics and ideology or, conversely, its role in resisting political discourse via a rather naïve notion of artistic freedom, this project explores the varied, dynamic and multiple ways in which literature works in Cuban society: as a catalyst for identity construction aimed at consensus and belonging, but also as an instrument of self-differentiation and self-definition, even in the more recent context of a more market-oriented system. The study reviews policy from 1959 to the present, and presents contemporary case studies exploring the social functions of literature for writers, readers and ordinary Havana residents.