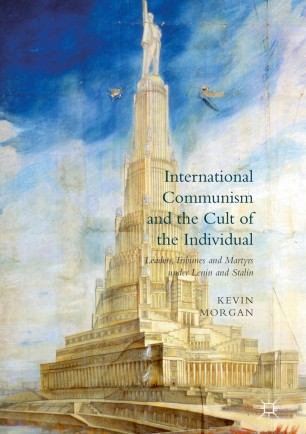 International Communism and the Cult of the Individual

Leaders, Tribunes and Martyrs under Lenin and Stalin

This book explores how the communist cult of the individual was not just a Soviet phenomenon but an international one. When Stalin died in 1953, the communists of all countries united in mourning the figure that was the incarnation of their cause. Though its international character was one of the distinguishing features of the communist cult of personality, this is the first extended study to approach the phenomenon over the longer period of its development in a truly transnational and comparative perspective. Crucially it is concerned with the internationalisation of the Soviet cults of Lenin and Stalin. But it also ranges across different periods and national cases to consider a wider cast of bureaucrats, tribunes, heroes and martyrs who symbolised both resistance to oppression and the tyranny of the party-state. Through studying the disparate ways in which the cults were manifested, Kevin Morgan not only takes in many of the leading personalities of the communist movement, but also some of the cultural luminaries like Picasso and Barbusse who sought to represent them. The cult of the individual was one of the most fascinating, troubling and revealing features of Stalinist communism, and as reconstructed here it offers new insight into one of the defining political movements of the twentieth century.