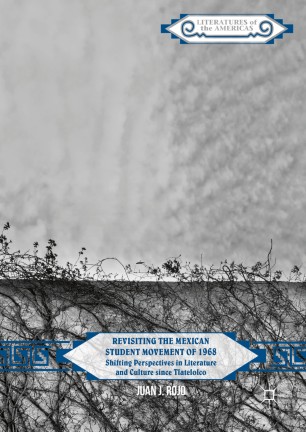 Revisiting the Mexican Student Movement of 1968

Shifting Perspectives in Literature and Culture since Tlatelolco

Tracing the evolution of Mexican literary and cultural production following the Tlatelolco massacre, this book shows its progression from a homogeneous construct set on establishing the “true” history of Tlatelolco against the version of the State, to a more nuanced and complex series of historical narratives.  The initial representations of the events of 1968 were essentially limited to that of the State and that of the Consejo Nacional de Huelga (National Strike Council) and only later incorporated novels and films. Juan J. Rojo examines the manner in which films, posters, testimonios, and the Memorial del 68 expanded the boundaries of those initial articulations to a more democratic representation of key participants in the student movement of 1968.

Juan J. Rojo is Assistant Professor of Spanish in the Department of Foreign Languages and Literatures at Lafayette College, USA.

“This outstanding book takes on aspects of the Mexican Student Movement’s legacy that have traditionally been understudied, such as the posters designed by students and the testimonio by Roberta Avendaño, “La Tita.” Added to these are carefully researched and original analyses of other texts, interviews, films, and museum exhibits, all of which demonstrate more clearly than ever before how defining the Mexican Student Movement has been a contentious process from the outset, even, and perhaps especially, for its participants and supporters.” (Ryan Long, Associate Professor of Spanish, The University of Maryland, College Park, USA, and author of Fictions of Totality: The Mexican Novel, 1968, and the National-Popular State)

“Juan Rojo provocatively suggests that early 68 texts set a frame of tragic, intimate loss; a frame dogging subsequent academic and artistic accounts and thus leading to grave underestimation of the broader impact of '68.  Rojo revisits quintessential cultural materials on '68 spanning four decades to evidence its reshaping of the literary, political, and cultural boundaries of the nation ...A crucial piece of Mexico 68 scholarship for historians and cultural critics alike.” (Lessie Frazier, Associate Professor of American Studies and Gender Studies, Indiana University, USA, and Deborah Cohen, Associate Professor of History, University of Missouri-St. Louis, USA, editors of Gender and Sexuality in 1968: Transformative Politics in the Cultural Imagination)