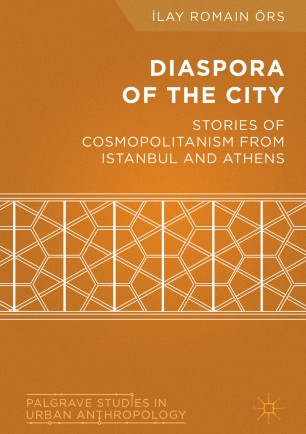 Diaspora of the City

Stories of Cosmopolitanism from Istanbul and Athens

As the former capital of two great empires—Eastern Roman and Ottoman—Istanbul has been home to many diverse populations, a condition often glossed as cosmopolitanism. The Greek-speaking Christian Orthodox community (Rum Polites) is among the oldest in the urban society, yet their leading status during the centuries of imperial cosmopolitanism has faded. They have even been brought to the brink of disappearance in their home city. Scattered around the world as a result of the homogenizing tendencies of nationalism, the Rum Polites in the diaspora of Istanbul (“the City” or Poli) continue to identify with its cosmopolitan legacy, as vividly shown through their everyday practices of distinction and cultural memory. By exploring the shifting meaning of cosmopolitanism in spatial and temporal contexts, Diaspora of the City examines how experiences of forced displacement can highlight changing conceptualizations of what constitutes a local, diasporic, minority, or migrant community in different multicultural urban settings, past and present.