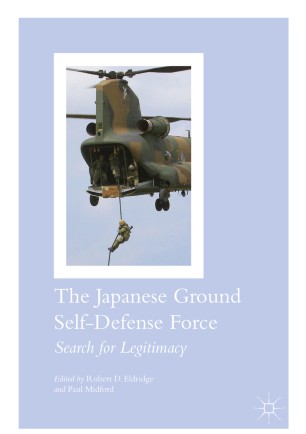 Based on extensive Japanese-language materials, this book is the first to examine the development of Japan’s Ground Self-Defense Force. It addresses:  how the GSDF was able to emerge as the post-war successor of the Imperial Japanese Army despite Japan’s anti-militarist constitution; how the GSDF, despite the public skepticism and even hostility that greeted its creation, built domestic and international legitimacy; and how the GSDF has responded to changes in international and domestic environments. This path-breaking study of the world’s third-largest-economic power’s ground army is timely for two reasons. First, the resurgence of tensions in Northeast Asia over territorial disputes, and the emphasis recent Japanese governments have placed on using the GSDF for defending Japan’s outlying islands is driving media coverage and specialist interest in the GSDF. Second, the March 11, 2011 Great East Japan Earthquake and Tsunami has focused global attention on the GSDF as Japan’s lead disaster relief organization. This highly informative and thoroughly researched book provides insight for policy makers and academics interested in Japanese foreign and defense policies.

Robert D. Eldridge is Visiting Fellow, Institute for International Policy Studies in Tokyo, and the author or translator of several dozen books about Japan including most recently, The Origins of U.S. Policy in the East China Sea Islands Dispute: Okinawa’s Reversion and the Senkaku Islands.
Paul Midford is Professor of Political Science and Director of the NTNU Japan Program at the Norwegian University for Science and Technology (NTNU) in Trondheim.  He is the author of Rethinking Japanese Public Opinion and Security: From Pacifism to Realism?