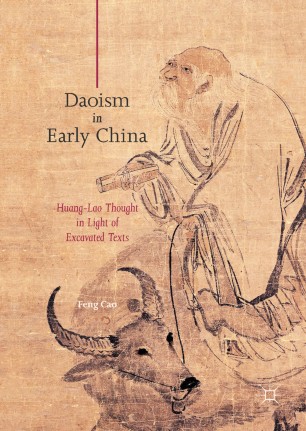 This text considers the prevalence of Lao-Zhuang Daoism and Huang-Lao Daoism in late pre-imperial and early imperial Chinese traditional thought. The author uses unique excavated documents and literature to explore the Huang-Lao tradition of Daoist philosophy, which exerted a great influence on China ancient philosophy and political theories, from the Pre-Qin period to the Wei-Jin periods. It explains the original and significance of Huang-Lao Daoism, its history and fundamental characteristics, notably discussing the two sides of Huang-Lao, namely the role and function of Lao Zi and the Yellow Emperor, and discusses why the two can constitute a complementary relationship.  It also provides a key study of the Mawangdui silk texts, bamboo slips of the Heng Xian, Fan Wu Liu Xing, considering both the theory of human Xing and of Qi.

Dr Feng Cao is Professor at Renmin University of China. He received his PhD from Tokyo University, and held professorships at both Shandong University and Tsinghua University in China. His research focuses on early Chinese philosophy, notably Taoism and the study of excavated documents.