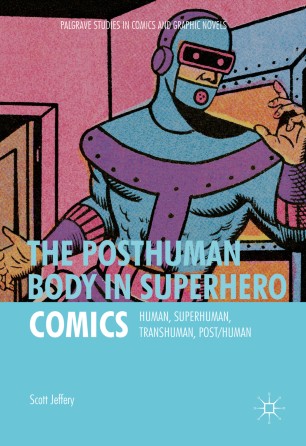 The Posthuman Body in Superhero Comics

This book examines the concepts of Post/Humanism and Transhumanism as depicted in superhero comics. Recent decades have seen mainstream audiences embrace the comic book Superhuman. Meanwhile there has been increasing concern surrounding human enhancement technologies, with the techno-scientific movement of Transhumanism arguing that it is time humans took active control of their evolution.  Utilising Deleuze and Guattari’s notion of the rhizome as a non-hierarchical system of knowledge to conceptualize the superhero narrative in terms of its political, social and aesthetic relations to the history of human technological enhancement, this book draws upon a diverse range of texts to explore the way in which the posthuman has been represented in superhero comics, while simultaneously highlighting its shared historical development with Post/Humanist critical theory and the material techno-scientific practices of Transhumanism.