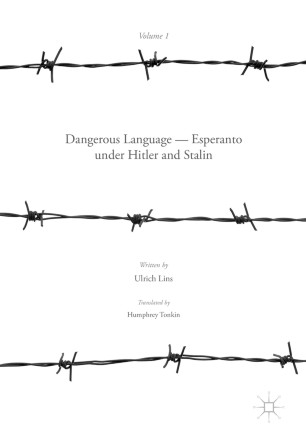 This book examines the rise of the international language Esperanto, launched in 1887 as a proposed solution to national conflicts and a path to a more tolerant world. The chapters in this volume chart the emergence of Esperanto as an answer to a widespread democratic desire for direct person-to-person international communication regardless of political boundaries. Its early success was limited, mostly because of the Czarist régime’s suspicion of direct communication with foreigners, and, later, similar suspicion by dictatorial régimes generally. As speakers of a “dangerous language,” its adepts were harassed and persecuted, especially in Germany and the Soviet Union. This book argues that the fate of Esperanto over the 130 years of its existence serves as a barometer to measure the degree to which régimes tolerate spontaneous personal contact with other countries and allow the pursuit of self-education outside prescribed national or ideological constraints. This book will appeal to a wide readership, including linguists, historians, political scientists and others interested in the history of the twentieth century from the unusual perspective of language. This volume is complemented by the sister volume Dangerous Language – Esperanto and the Decline of Stalinism which offers a concentration on the Cold War history of Esperanto in Eastern Europe.