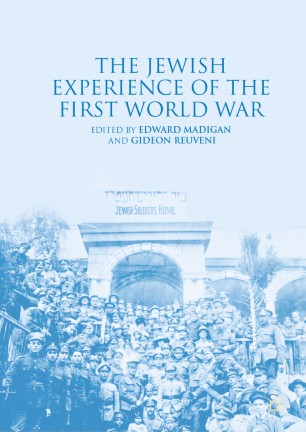 The Jewish Experience of the First World War

This book explores the variety of social and political phenomena that combined to the make the First World War a key turning point in the Jewish experience of the twentieth century. Just decades after the experience of intense persecution and struggle for recognition that marked the end of the nineteenth century, Jewish men and women across the globe found themselves drawn into a conflict of unprecedented violence and destruction. The frenzied military, social, and cultural mobilisation of European societies between 1914 and 1918, along with the outbreak of revolution in Russia and the collapse of the Ottoman Empire in the Middle East had a profound impact on Jewish communities worldwide. The First World War thus constitutes a seminal but surprisingly under-researched moment in the evolution of modern Jewish history. The essays gathered together in this ground-breaking volume explore the ways in which Jewish communities across Europe and the wider world experienced, interpreted and remembered the ‘war to end all wars’.

Edward Madigan is Lecturer in Public History and First World War Studies at Royal Holloway, University of London, UK.
Gideon Reuveni is Director of the Centre for German-Jewish Studies at the University of Sussex, UK. His most recent book publication is Consumer Culture and the Making of Jewish Identity (2017), which won the National Jewish Book award in 2018.