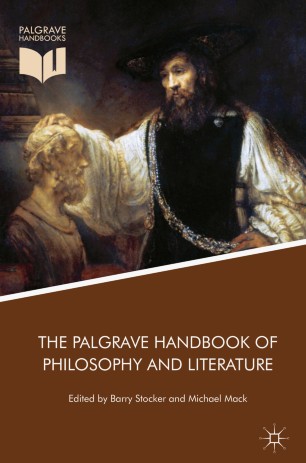 The Palgrave Handbook of Philosophy and Literature

Barry Stocker is Assistant Professor of Philosophy in the Department of Humanities and Social Science, Istanbul Technical University, Turkey. He is the author of Derrida on Deconstruction (2006) and Kierkegaard on Politics (2014). He is the editor of Post-Analytic Tractatus (2004) and Derrida: Basic Writings (2007). He is the co-editor of Nietzsche as Political Philosopher (2014).

Michael Mack is Associate Professor (Reader) in the Department of English Studies, Durham University, UK. He is author of six single authored monographs, including Contaminations: Beyond Dialectics in Modern Literature, Science and Film (2016), How Literature Changes the Way We Think (2012), Spinoza and the Specters of Modernity (2010) and German Idealism and the Jew (2003).